Five years after pulling out of manufacturing in this country, Crown is approaching the UK materials handling market with renewed vigour. Peter MacLeod caught up with its UK managing director, Simon Emery, to find out where things currently stand with the massive American company.

As I am relatively new to this industry, I was surprised to learn that Crown Equipment Corporation – the largest electric fork truck brand in the US and number six in the world – manufactured lift trucks in the UK up until five years ago. While it may well have been a successful arm of the global Crown business, the decision was nevertheless taken to close the plant. This enabled the existing management team to refocus its attention in the UK, from that of a manufacturer with a customer base to service, to that of a service-led operation, where the needs of the customer are of primary concern.
In July 2007, Crown appointed Simon Emery to the position of managing director – UK operations, after 18 years’ service with the company both within the UK and abroad, culminating most recently in the position of director of UK sales and operations. Simon has also just been appointed to the BITA Board as director of Consolidated Fork Truck Services (CFTS), the joint-venture between BITA and FLTA for promoting and executing the Thorough Examination scheme. In light of his recent rise to prominence, we felt it was a good time to catch up with the man responsible for all Crown activities within the UK.

ShD:  What is Crown’s current state of health in the UK?
Simon Emery:  Crown in the UK has been developing very strongly in the last three to five years. In the last five years, we’ve doubled our business, which is a result of some hard work over the years, understanding our customer base, our customers’ needs, and improving our product offering to the marketplace. Last year, in particular, we reaped the rewards of that.

ShD:  Has that growth come through Crown’s existing customer base?
Simon Emery:  Given the size of the market in the UK, we had to go out there and win new business, and that’s what we’ve done. We’ve added a number of blue chip companies to the Crown portfolio, building on what was already a very loyal customer base.

ShD:  How are you winning this business?
Simon Emery:  The focus we have is really on trying to understand the customers’ needs. Everyone in this industry talks about being customer focused, but I’m not quite always sure what they mean by that. Crown’s value proposition is very much based around adding value. As a company, we truly manufacture all our products, as opposed to just assembling them. So, if it says Crown on the outside, typically it’s Crown on the inside. We make about 85% of the component part of the truck. When you add to that the inherent robustness and reliability of Crown equipment – we have steel panels instead of plastic panels for example – then even in the hardest applications, the high uptime and low levels of damage we see in Crown equipment are significantly better than many of our competitors. That’s not always easy to demonstrate to a new customer, but once we actually get that message across to them, the benefit is immediately recognisable.
I think there’s been a psyche within the UK, driven by the operating lease culture, that says we’re going to win this business at the lowest cost, and then make money in the aftermarket through damage and abuse. We’ve taken a completely opposite view. We know we have to be competitive in the marketplace, but we are not going to sweat money out of the customer in the aftermarket through damage and abuse charges.

ShD:  So you can demonstrate that Crown has an advantage in terms of overall cost of ownership?
Simon Emery:  In our marketing material, we talk about reliability, innovation and low cost of ownership. That’s where we focus very strongly. We have plenty of data that shows it costs less to run Crown equipment.

ShD:  Where do these figures come from?
Simon Emery:  We can use various tools. We can look from our own service data, because, in an operating lease market, you can see how much that is. We can benchmark ourselves against what people may have paid previously and what we would expect them to be paying. We’ve come up with tailor made programs to give them comfort and guarantees that they’re not going to be paying any more – and probably significantly less – than they have paid in the past.

ShD:  Since shutting down the manufacturing side of the UK operation, how has Crown adjusted its UK sights?
Simon Emery:  The manufacturing operation in the UK detracted from the retail sales and service business. Today we’re seeing a culmination of five years’ hard work in understanding and developing our customer contacts, understanding the value we represent to our customers, and how to get that message across  to the customers. Add into that the fact that the company has launched a significant number of models – in the last year alone we’ve launched seven new models. The FLTA award (Crown collected the 2008 Ergonomics Award for its RC 5500 ride-on counterbalance, having won the 2007 award for Innovation) reflect the investment Crown has put into design and ergonomics to produce an aesthetically pleasing product which meets customers expectations.

ShD:  Ergonomics are not just about aesthetics, though?
Simon Emery:  No, as a company we spend a great deal of time looking at the interaction between the truck and the operator. Take the Crown GPC 3000 low level order picker, Crown designers studied the relationship between the truck, the operator and the job they’re doing, trying to get an understanding of the work processes. Saving seconds on a function doesn’t seem a lot, but in the overall pick cycle over a large site with multiple order pickers you can make massive savings. We identify the truck as being a tool with which the picker works. It’s about the interaction between man and machine. Taking this approach has made the truck very successful and very well accepted by operators.

ShD:  Where does your success in the UK lie?
Simon Emery:  Once a customer uses Crown and we’re able to demonstrate the benefit we bring, we become very hard to dislodge because customers see the benefit we bring and the level of transparency we have with them. They may also question why they don’t get that from other suppliers. And once you then look at the fact that the product offering is very strong now, the levels of service are very high, and the interaction with the customer is on a very transparent basis – it makes a very strong package.

ShD:  What does the near future hold for Crown?
Simon Emery:  Sales are up like-for-like on 2007, despite a tightening within the market. It is my belief that the current market forces customers to re-evaluate and question what they have previously done, which for Crown is a good thing. Right now we’re seeing more of the market than we have previously seen. Our primary focus has to be on developing our retail business and delivering on the benefits we have to those companies that have already chosen Crown. 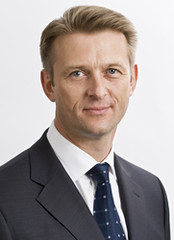 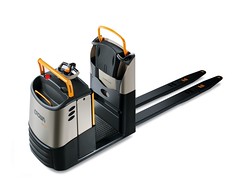